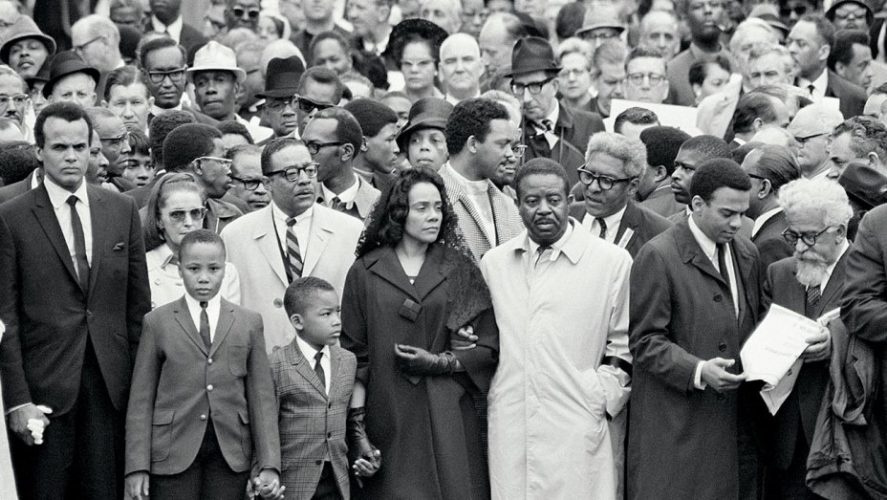 An assassin finally snuffed out Dr. King’s life on April 4, 1968, while he led a strike of 1,300 black sanitation workers – the working poor of their day – to demand the right to have a union.
Many whites in Memphis, calling him a communist and racial agitator, said they were glad he was dead.
In this frightening atmosphere, Mrs. King and three of her children led some 20,000 marchers through the streets of Memphis on April 8, holding signs that read, “Honor King: End Racism,” “Union Justice Now,” or, simply, “I Am A Man.” National Guardsmen lined the streets, perched on M-48 tanks, bayonets mounted, as helicopters circled overhead. She led another 150,000 in a funeral procession through the streets of Atlanta the next day.
Her quiet courage and composed demeanor renewed people’s sense of pride, courage and respect for the peaceful principles the civil-rights movement stood for. In the wake of King’s death, riots spread to 125 cities, leading to the deaths of 43 and arrests of more than 20,000 people, with the deployment of 60,000 National Guardsmen to suppress the rebellion – the largest military intervention in domestic affairs since the Civil War.