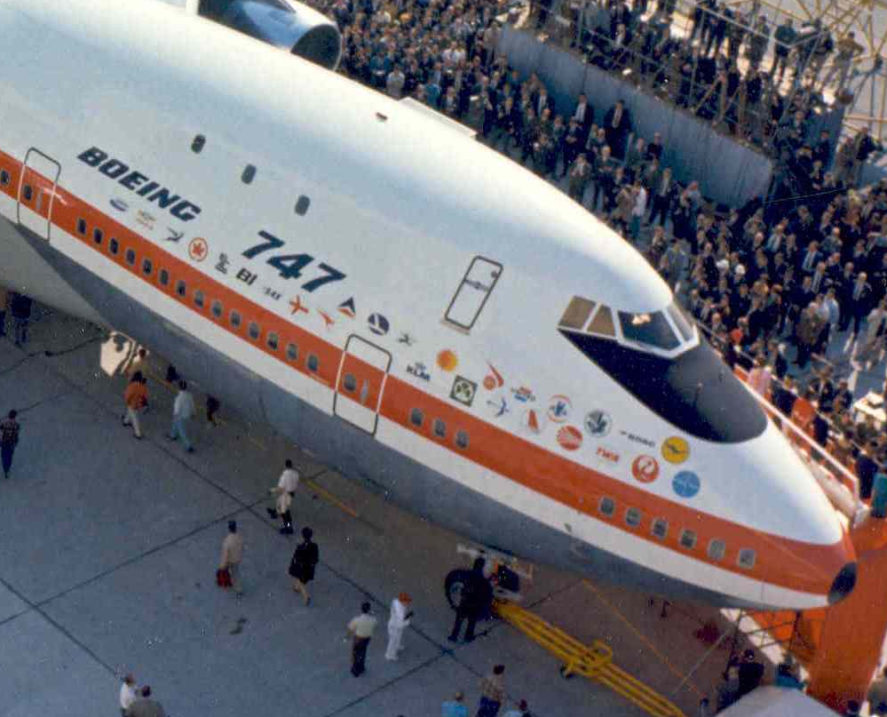 When demand for air travel reached sky-high levels in the 1960s, the world’s then-largest passenger aircraft — the Boeing 747 Jumbo Jet — was a game changer. The ability to carry far more passengers than previous airliners suddenly made globetrotting a feasible option for would-be wanderers who previously thought they would never afford such exotic sojourns.

The massive aircraft was indeed an aviation design milestone. More than six stories tall, it seated 374 passengers and weighed 300 tons.

After its 1968 reveal, the 747 made its first flight on February 9, 1969, near Boeing’s factory in western Washington State. That specific plane flew more than 12,000 test flights, but it never carried passengers for a major airline. Rather, it was a test plane for engine developments, various improvements and future jet airliners.