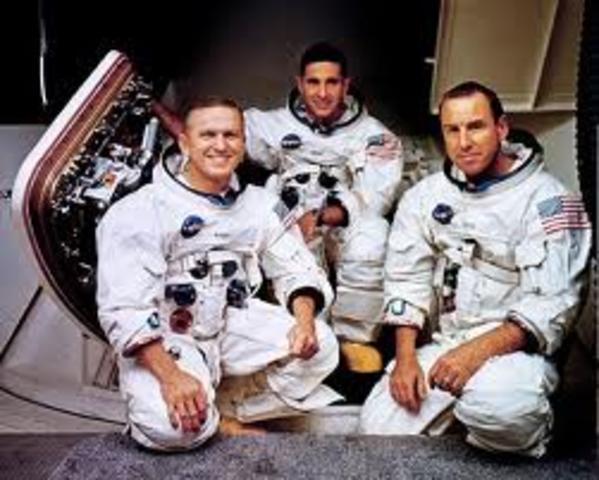 On Christmas Eve, three astronauts circled the moon 10 times. Jim Lovell, Bill Anders and Frank Borman became the first human beings to travel to the moon.
Launched from the Kennedy Space Center, Apollo 8 was a mission of firsts:
-The first photos of Earth taken from deep space by humans, including the now iconic “Earthrise”
-A new rocket speed record of 24,200 mph, a velocity that, according to NASA, was necessary to escape Earth’s gravitational pull
–The first time the lunar surface was broadcast on live television
-The first time humans had traveled to the far side of the moon
The weeklong mission was fueled by a Space Race rivalry with the Soviet Union and the nation’s desire to fulfill President John F. Kennedy’s wishes to land on the moon by decade’s end, a goal accomplished by Apollo 11 seven months later.
As Apollo 8 emerged from the mysterious dark side of the moon before heading back to Earth, a relieved Lovell announced to the world, “Houston, please be informed there is a Santa Claus.”
This amazing and joyous mission was a rare high note in a year filled with historically tragic events. According to “A Man on the Moon,” Andrew Chaikin’s book on the Apollo program, the astronauts received countless telegrams after they returned safely home. But one stuck out from the others.