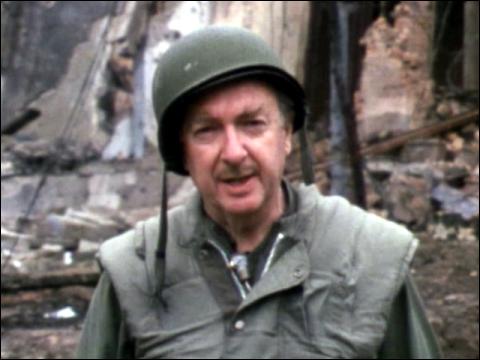 Walter Cronkite reports on his recent trip to Vietnam to view the aftermath of the Tet Offensive in his television special Who, What, When, Where, Why? The report is highly critical of US officials and directly contradicts official statements on the progress of the war.

After listing Tet and several other current military operations as “draw[s]” and chastising American leaders for their optimism, Cronkite advises negotiation “…not as victors, but as an honorable people who lived up to their pledge to defend democracy, and did the best they could.”