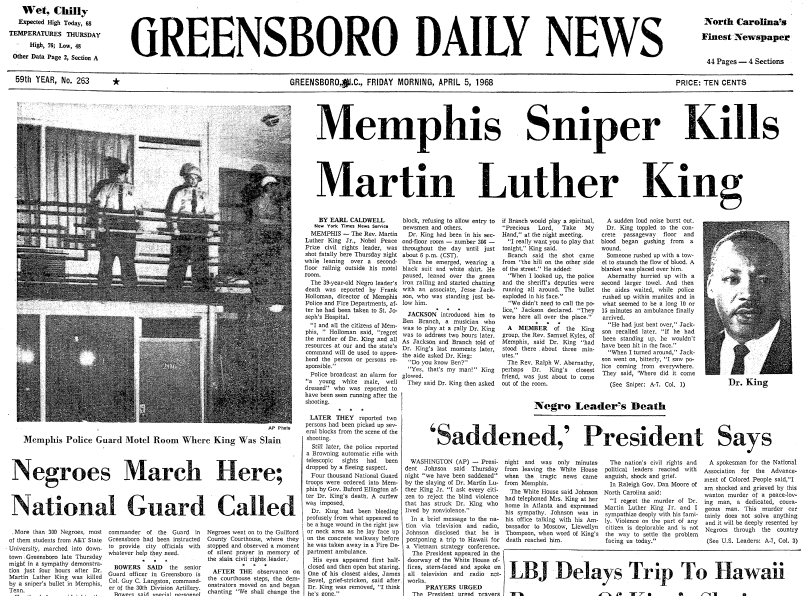 Martin Luther King Jr., an American clergyman and civil rights leader, was shot at the Lorraine Motel in Memphis, Tennessee, on April 4, 1968. He was rushed to St. Joseph’s Hospital, and was pronounced dead at 7:05 p.m. CST. He was a prominent leader of the Civil Rights Movement and a Nobel Peace Prize laureate who was known for his use of nonviolence and civil disobedience.
James Earl Ray, a fugitive from the Missouri State Penitentiary, was arrested on June 8, 1968, in London at Heathrow Airport, extradited to the United States, and charged with the crime. On March 10, 1969, he pleaded guilty and was sentenced to 99 years in the Tennessee State Penitentiary. He later made many attempts to withdraw his guilty plea and be tried by a jury, but was unsuccessful; he died in prison on April 23, 1998, at the age of 70.