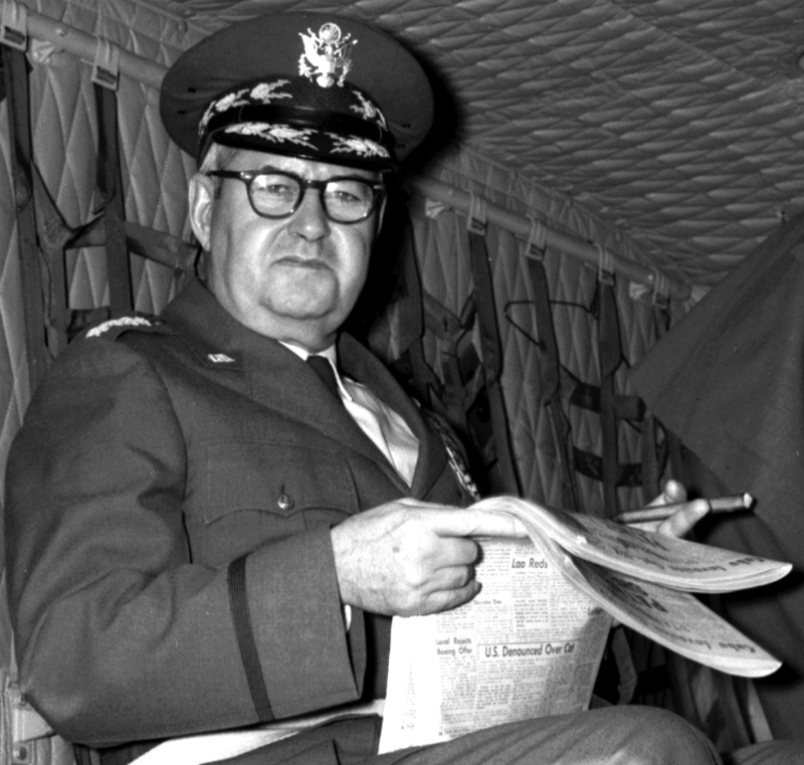 George Wallace, who has been running an independent campaign for the presidency which has met significant support in the South and the Midwest, names retired Air Force Chief of Staff Curtis E. LeMay to be his running mate.  At the press conference, the general is asked about his position on the use of nuclear weapons, and responds: “I think most military men think it’s just another weapon in the arsenal… I think there are many times when it would be most efficient to use nuclear weapons. … I don’t believe the world would end if we exploded a nuclear weapon.”