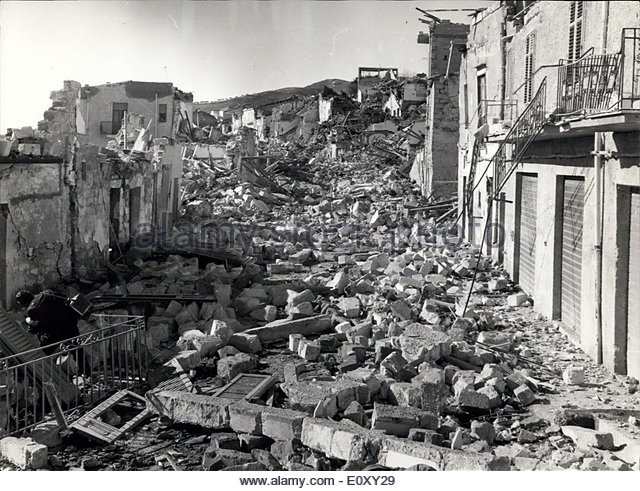 The 1968 Belice earthquake sequence took place in Sicily between 14 and 15 January.  The largest shock measured 5.5 on the moment magnitude scale, with five others of magnitude 5+.  The maximum perceived intensity was X (Extreme) on the Mercalli intensity scale. The earthquake sequence, centered between the towns of Gibellina, Salaparuta and Poggioreale, killed at least 231 people, possibly more than 400, with between 632 and about 1,000 injured and left 100,000 homeless.

It is known in Italy as Terremoto del Belice.