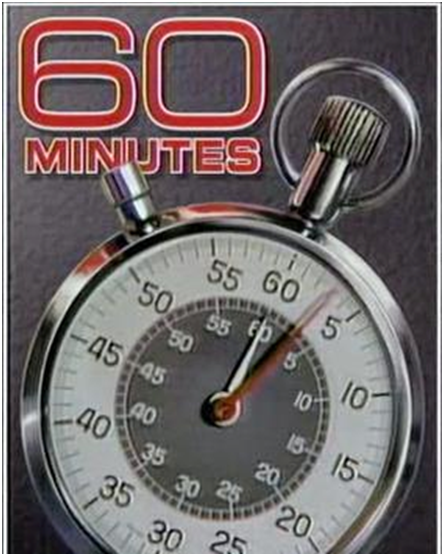 60 Minutes is an American newsmagazine television program broadcast on the CBS television network. Debuting in 1968, the program was created by Don Hewitt, who chose to set it apart from other news programs by using a unique style of reporter-centered investigation. In 2002, 60 Minutes was ranked #6 on TV Guide‘s 50 Greatest TV Shows of All Time and in 2013, it was ranked #24 on TV Guide‘s 60 Best Series of All Time. The New York Times has called it “one of the most esteemed news magazines on American television”.

Initially, 60 Minutes aired as a bi-weekly show hosted by Harry Reasoner and Mike Wallace, debuting on September 24, 1968, and alternating weeks with other CBS News productions on Tuesday evenings at 10:00 p.m. Eastern Time. The first edition, described by Reasoner in the opening as a “kind of a magazine for television,” featured the following segments: