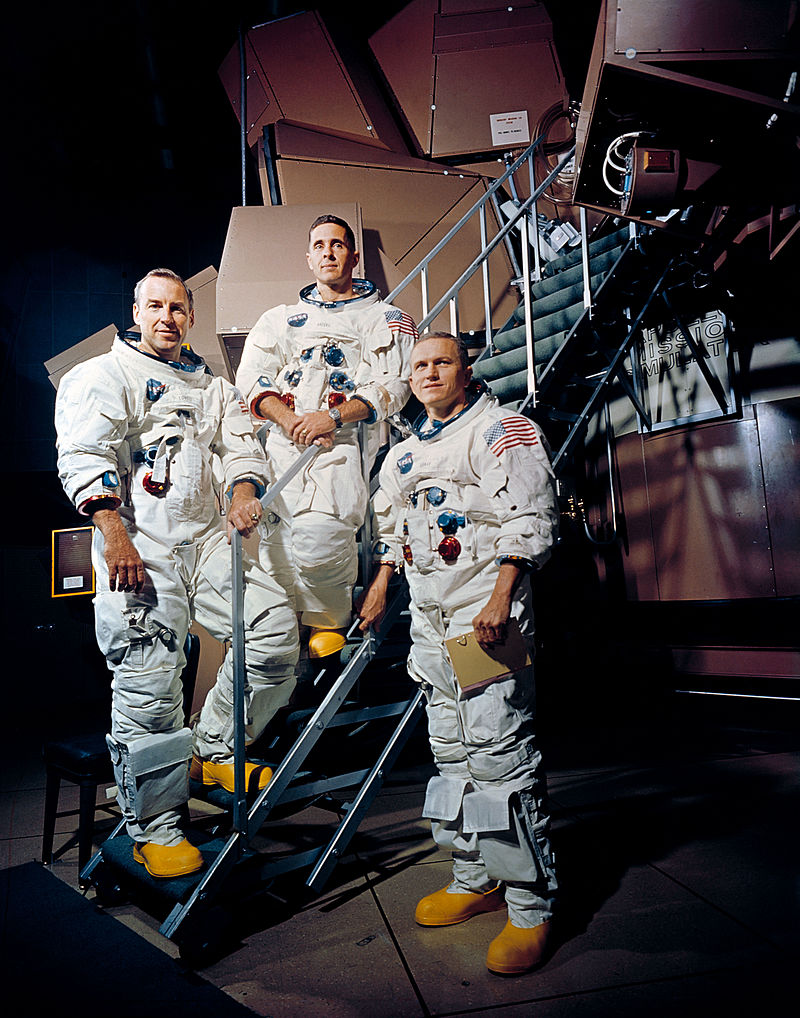 Apollo 8, the second manned spaceflight mission flown in the United States Apollo space program, was launched on December 21, 1968, and became the first manned spacecraft to leave low Earth orbit, reach the Moon, orbit it, and return.[1] The three-astronaut crew—Frank Borman, James Lovell, and William Anders—were the first humans to witness and photograph an Earthrise and to escape the gravity of a celestial body. Apollo 8 was the third flight and the first crewed launch of the Saturn V rocket and was the first human spaceflight from the Kennedy Space Center, located adjacent to Cape Canaveral Air Force Station in Florida.

Originally planned as the second crewed Apollo Lunar Module and command module test, to be flown in an elliptical medium Earth orbit in early 1969, the mission profile was changed in August 1968 to a more ambitious command-module-only lunar orbital flight to be flown in December, as the lunar module was not yet ready to make its first flight. Astronaut Jim McDivitt‘s crew, who were training to fly the first lunar module flight in low Earth orbit, became the crew for the Apollo 9 mission, and Borman’s crew were moved to the Apollo 8 mission. This left Borman’s crew with two to three months’ less training and preparation time than originally planned, and replaced the planned lunar module training with translunar navigation training.

Apollo 8 took 68 hours (almost three days) to travel the distance to the Moon. The crew orbited the Moon ten times over the course of twenty hours, during which they made a Christmas Eve television broadcast in which they read the first ten verses from the Book of Genesis. At the time, the broadcast was the most watched TV program ever. Apollo 8’s successful mission paved the way for Apollo 11 to fulfill U.S. president John F. Kennedy‘s goal of landing a man on the Moon before the end of the 1960s. The Apollo 8 astronauts returned to Earth on December 27, 1968, when their spacecraft splashed down in the northern Pacific Ocean. The crew members were named Time magazine‘s “Men of the Year” for 1968 upon their return.