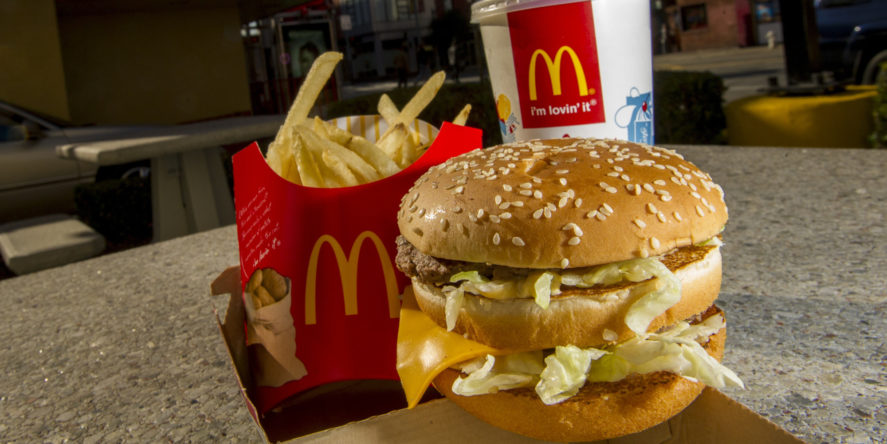 McDonald’s had already been America’s most successful fast-food chain by 1968—having opened its 1,000th restaurant that year— Jim Delligatti, manager of the Uniontown, Pennsylvania, McDonald’s, saw his gastronomic creation become part of the company’s permanent menu. Delligatti, who first became a McDonald’s manager in 1957, tried in the mid ’60s to convince the company honchos that they needed to sell a bigger burger, and suggested they consider his own invention, only to be turned down. The corporate chiefs finally agreed to let him sell it in 1967, provided that he use only ingredients already supplied to each franchise. Delligatti sold the first Big Mac in his Uniontown store that year, and was successful enough to encourage the company to hold further consumer tests throughout the Pittsburgh region.

The Big Mac began selling nationally in 1968, for 49 cents. Delligatti didn’t receive any extra remuneration for his world-famous, 550-calorie invention, but he did receive a plaque. The Big Mac ingredients, of course, became an iconic litany in its advertising-campaign jingle: “Two all-beef patties, special sauce, lettuce, cheese, pickles, onions, on a sesame-seed bun.” For those whose appetites didn’t require such a hearty snack, the chain’s hot apple pie was also introduced in 1968.