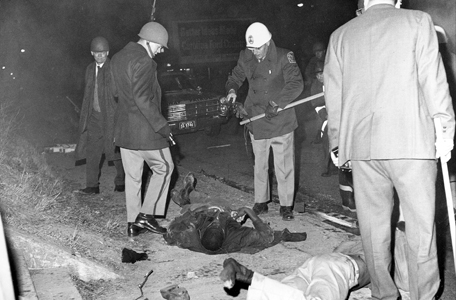 The Orangeburg massacre refers to the shooting of protesters by South Carolina Highway Patrol officers in Orangeburg, South Carolina, on the South Carolina State University campus on the evening of February 8, 1968. The approximately 200 protesters had previously demonstrated against racial segregation at a local bowling alley. Three of the protestors, African American males, were killed and twenty-seven other protesters were injured.
The event pre-dated the 1970 Kent State shootings and Jackson State killings, in which the National Guard at Kent State, and police and state highway patrol at Jackson State, killed student protesters demonstrating against the United States invasion of Cambodia during the Vietnam War.