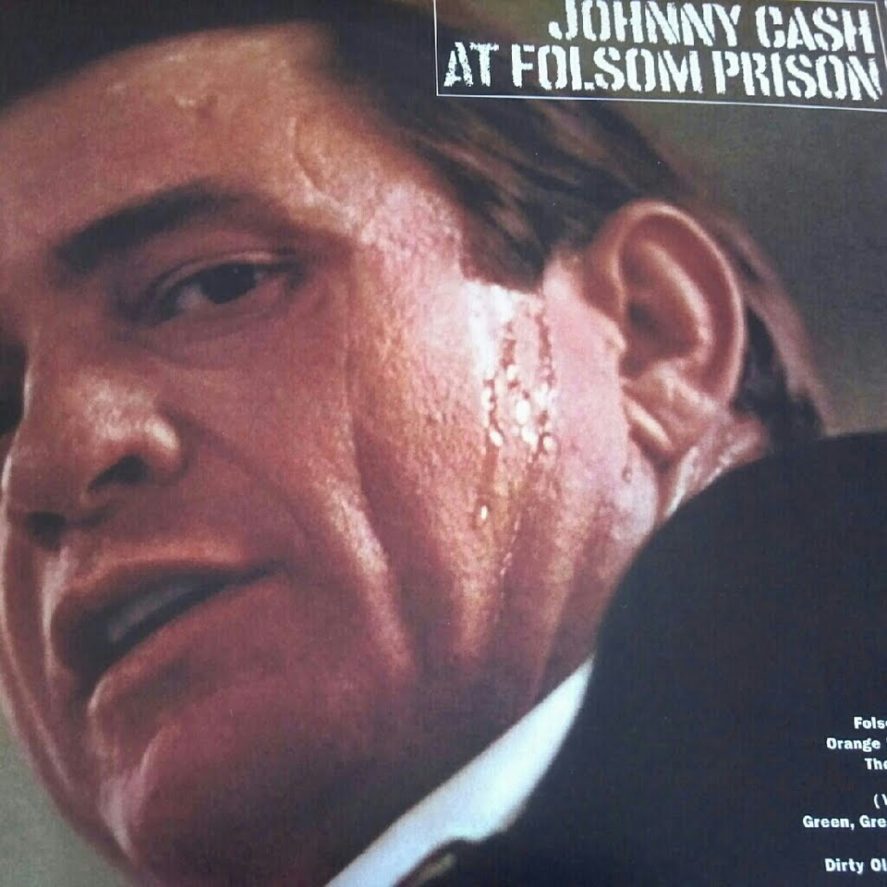 At Folsom Prison is a live album and 27th overall album by Johnny Cash, released on Columbia Records in May 1968. After his 1955 song “Folsom Prison Blues”, Cash had been interested in recording a performance at a prison. His idea was put on hold until 1967, when personnel changes at Columbia Records put Bob Johnston in charge of producing Cash’s material. Cash had recently controlled his drug abuse problems, and was looking to turn his career around after several years of limited commercial success. Backed with June Carter, Carl Perkins and the Tennessee Three, Cash performed two shows at Folsom State Prison in California on January 13, 1968. The resulting album consisted of fifteen tracks from the first show and two tracks from the second.