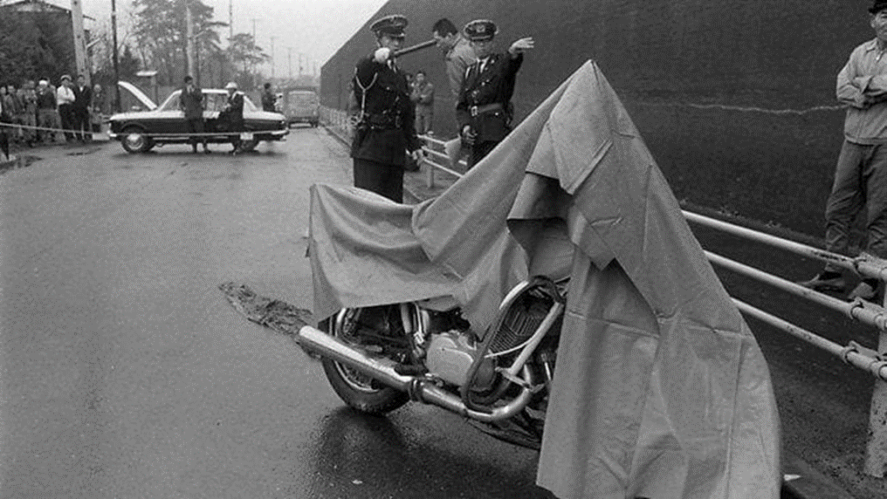 The 300 million yen robbery (三億円事件 San Oku En Jiken), also known as the 300 million yen affair or incident, was the single largest heist in Japanese history at the time. It occurred on the morning of December 10, 1968, in Tokyo, Japan. Half a century later, the case remains unsolved.

On the morning of December 10, 1968, four Kokubunji branch employees of the Nihon Shintaku Ginko (bank) transported 294,307,500 yen (about US$817,520 at 1968 exchange rates) in the trunk of a company car. The metal boxes contained bonuses for the employees of Toshiba’s Fuchu factory. They were stopped in the street next to Tokyo Fuchū Prison by a young uniformed officer on a police motorcycle. The police officer informed them that their branch manager’s house had been blown up, and they had received a warning that dynamite had been planted in the transport car. The four employees exited the vehicle while the officer crawled under the car to locate the bomb. Moments later, the employees noticed smoke and flames under the car as the officer rolled out, shouting that it was about to explode. When the employees retreated to the prison walls, the police officer got into the car and drove away.