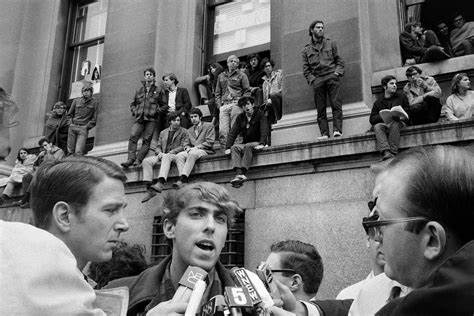 The Columbia University protests of 1968 were one among the various student demonstrations that occurred around the globe in that year. The Columbia protests erupted over the spring of that year after students discovered links between the university and the institutional apparatus supporting the United States’ involvement in the Vietnam War, as well as their concern over an allegedly segregated gymnasium to be constructed in the nearby Morningside Park. The protests resulted in the student occupation of many university buildings and the eventual violent removal of protesters by the New York City Police Department.