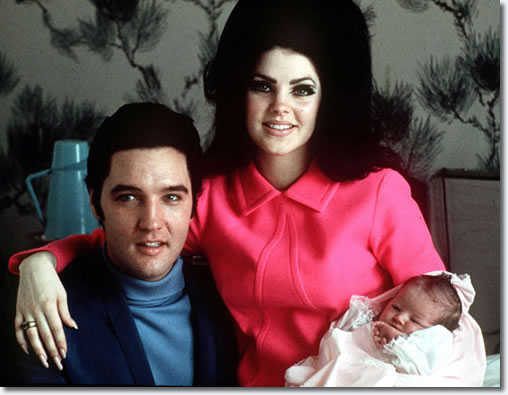 Lisa Marie was born on February 1, 1968, to Elvis and Priscilla Presley at Baptist Memorial Hospital in Memphis, Tennessee, nine months to the day after her parents’ May 1, 1967, wedding.  She is the only child of singer and actor Elvis Presley and actress Priscilla Presley, as well as the sole heir to her father’s estate. She becomes an American singer-songwriter.

She is the only child of singer and actor Elvis Presley and actress Priscilla Presley, as well as the sole heir to her father’s estate. Presley has developed a career in the music business and has issued three albums.  She has been married four times, including to singer Michael Jackson and actor Nicolas Cage, before marrying music producer Michael Lockwood, father of her twin girls.

After her parents divorced, she lived with her mother.  When her father died in 1977, 9-year-old Lisa Marie became joint heir to his estate with her grandfather Vernon Presley and her great-grandmother Minnie Mae Presley. Following the deaths of Vernon in 1979 and Minnie Mae in 1980, she became the sole heir and inherited Graceland.  In 1993, on her 25th birthday, she inherited the estate, which had grown to an estimated $100 million.  It is reported that Lisa sold 75% of her father’s estate.  In the late 1970s she attended her first rock concert when she saw Queen at the Forum in Los Angeles. She gave Freddie Mercury a scarf of her father’s after the show, and expressed her love of theatrics.[