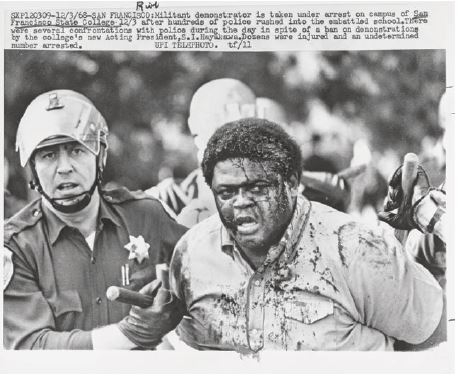 A college established in the final year of the 19th century, San Francisco State College found itself confronted by the idealism of the youth of the 1960s and anger over academic bureaucratic policies. From November 1968 to March 1969, the words “On strike! Shut it down!” rang out daily from the campus of San Francisco State College. The five month strike sought to expose the racism and authoritarianism found on campus and demanded increased student of color representation, as seen in the demands of the Black Students and Third World Liberation movements. As a result of strikers efforts, the Departments of Black Studies and Ethnic Studies were founded at SF State.