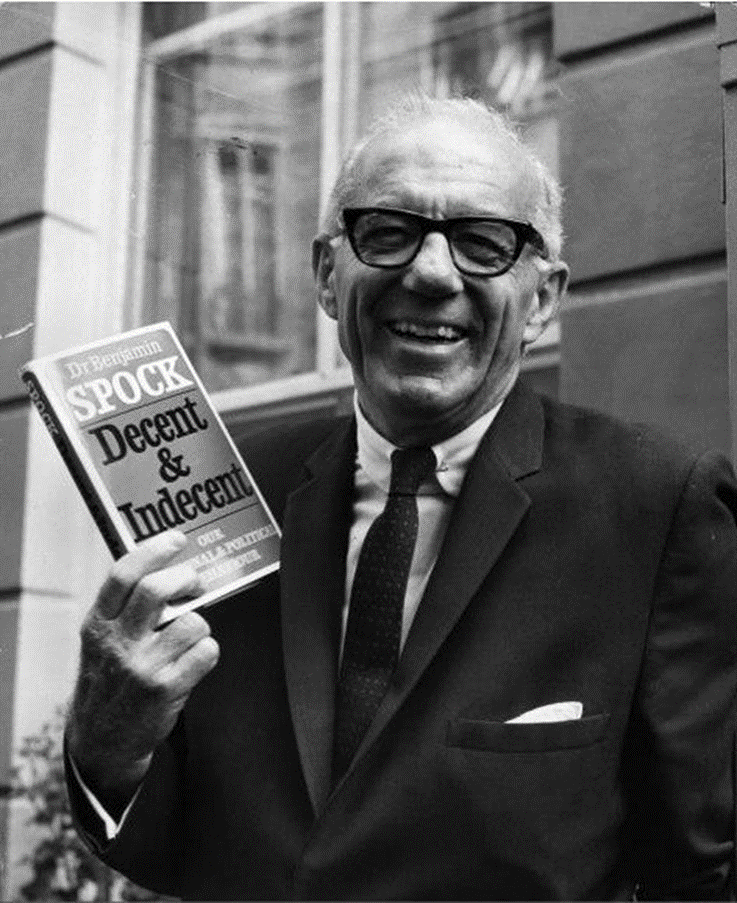 Spock, who’d embraced nuclear disarmament as a cause in 1962, was an early critic of the Vietnam War. He believed the U.S. was illegally waging war in Southeast Asia and that it was his patriotic obligation to oppose it, even if it meant risking his iconic status.

In 1966, 1967 and 1968, the Selective Service drafted 300,000 men a year, according to Michael Foley’s book, “Confronting the War Machine: Draft Resistance During the Vietnam War.” By 1968, the number of U.S. troops in Vietnam was estimated to be about 500,000. The government felt compelled to quash any threat to its military imperatives, even if it meant making the bespectacled Spock the face of treachery.

One of the resistance movement’s key moments — later seized upon by The Boston Five’s prosecutors — came at an Oct. 16, 1967, rally at Flagstaff Hill in Boston and a march to the nearby Arlington Street Church for a service. More than 5,000 people showed up, many of them college students. People held signs that read, “Suppose They Gave a War and Nobody Came?” and “The Resistance: Don’t Dodge the Draft, Oppose it.”

The demonstrators walked to the church, which filled rapidly, with nearly 3,000 participants stuck outside listening to the service on loudspeakers. One lecturer was Michael Ferber, the Harvard graduate student who would shortly become a member of “the Boston Five.” Ferber told the audience, “Each of our acts of returning our draft cards is our personal ‘No.’ When we put them in a single container or set fire to them from a single candle we express the simple basis of our unity.”

The day anti-Vietnam War protesters tried to levitate the Pentagon

Then came the keynote speaker, William Sloan Coffin Jr., a former CIA officer who was serving as a Yale chaplain. In about two months, he, too, would join Ferber and Spock among the Boston Five. But that day he called for churches and synagogues to provide sanctuary for draft resisters. When the sermons were over, men in the pews deposited their draft cards in offering plates carried by the clergy. Members of the press perched in the balcony began snapping photos, Foley wrote, their sounds masking the whispers and tears of the people below relinquishing their draft cards or, in some cases, burning them with candles.

During his closing arguments, the prosecutor, John Wall, a former paratrooper during the Korean War, gave Spock a backhanded compliment to the jury, according to the New Yorker. “I submit to you, you’d be warranted in finding that if he goes down in this case, he goes down like a man, with dignity, worthy of respect,” Wall said.

On June 14, Spock did go down, along with Coffin, Goodman and Ferber, each of whom was convicted of conspiring to counsel young men into evading the draft. Raskin, who just died Dec. 24 at the age of 83, was acquitted.

The next month, Judge Ford sentenced the four men to two years in federal prison.

“Where law and order stops, obviously anarchy begins,” the judge said, before imposing the punishment.

Spock, along with Coffin, embraced the limelight. In late January, the doctor and the chaplain appeared on NBC’s “Meet the Press.” They said they would use the case to put the Vietnam War on trial and attack the conflict’s legality. Around the same time, Spock and Ferber appeared at a rally in New York with thousands of people giving them a standing ovation, according to the New York Times. The political left was raring for the legal fight. According to the Foley book, Ramparts magazine, a bible of liberal intellectuals, declared: “[The] Spock case will undoubtedly be one of the most important political trials in American history.”

When the trial finally got underway in May 1968, the judge, Francis J.W. Ford, a former federal prosecutor, barred Spock and his co-defendants from contesting the war’s legality, ruling that such questions were irrelevant.

The Boston Five faced a maximum sentence of five years in prison, plus $10,000 in fines. The indictment accused the men of participating in a scheme to interfere with the Selective Service System, which oversaw the draft. Prosecutors relied chiefly on two events to build their case: the Oct. 16 rally at the Boston church and the Oct. 20 draft card turn-in at the Justice Department in Washington.

By July 1969, though, an appeals court overturned their convictions. Spock and Ferber were acquitted and new trials were ordered for Coffin and Goodman.

The next month, the Justice Department announced that it was dropping the case against Spock and Ferber and would not ask the Supreme Court to reverse their acquittals. And by April, 1970, the government abandoned its pursuit of Coffin and Goodman.

Spock also made it clear from the witness stand that he rejected certain antiwar measures. He denounced draft dodgers fleeing to Canada, which he said might help certain individuals but wouldn’t help end the war. He also didn’t approve of destroying Selective Service files and said he was motivated by a love of country.

Spock continued protesting long after the troops returned from Vietnam. He turned again to nuclear disarmament and ran for president in 1972 on the People’s Party ticket. He got just 75,000 votes. But when he died in 1998 at the age of 94, “Baby and Child Care” had sold more than 50 million copies.