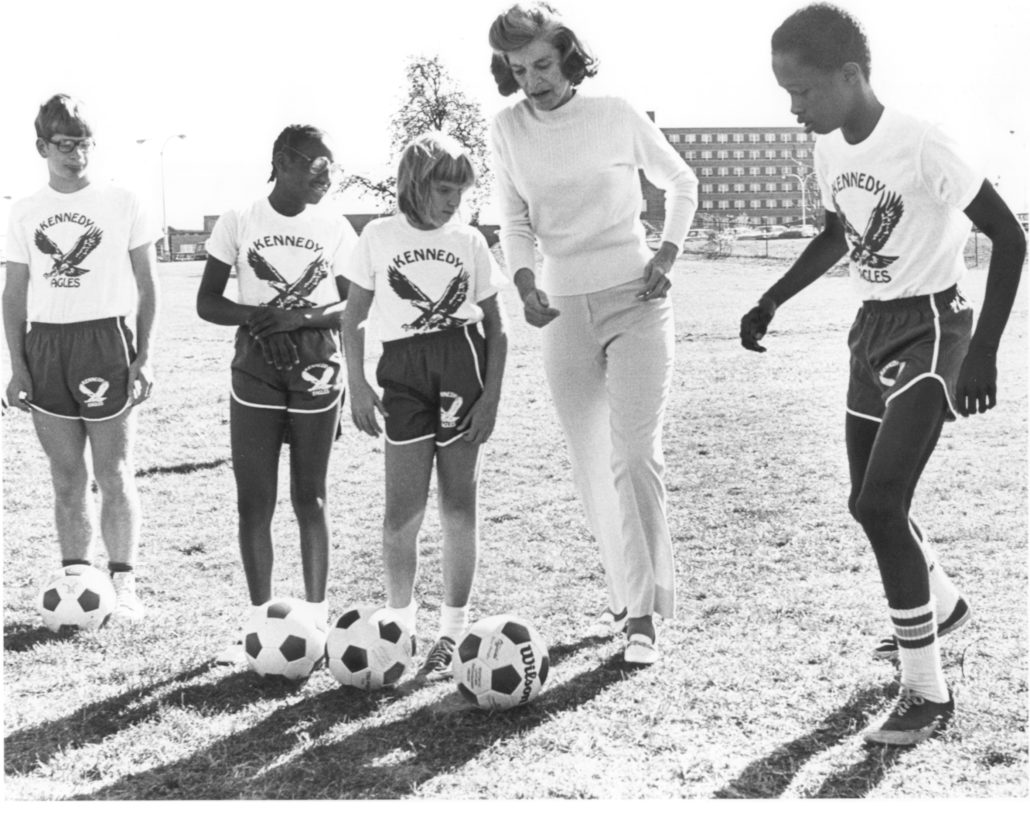 The first International Special Olympics Games were held in Chicago in 1968.
Anne McGlone Burke, a physical education teacher with the Chicago Park District, began with the idea for a one-time Olympic-style athletic competition for people with special needs. Burke then approached Eunice Kennedy Shriver, head of the Joseph P. Kennedy Jr. Foundation, to fund the event. Shriver encouraged Burke to expand on the idea and the JPK Foundation provided a grant of $25,000. More than 1,000 athletes from across the United States and Canada participated. At the Games, Shriver announced the formation of Special Olympics. Shriver’s sister, Rosemary Kennedy, had an intellectual disability and is often credited as Shriver’s inspiration to help grow the Special Olympics.