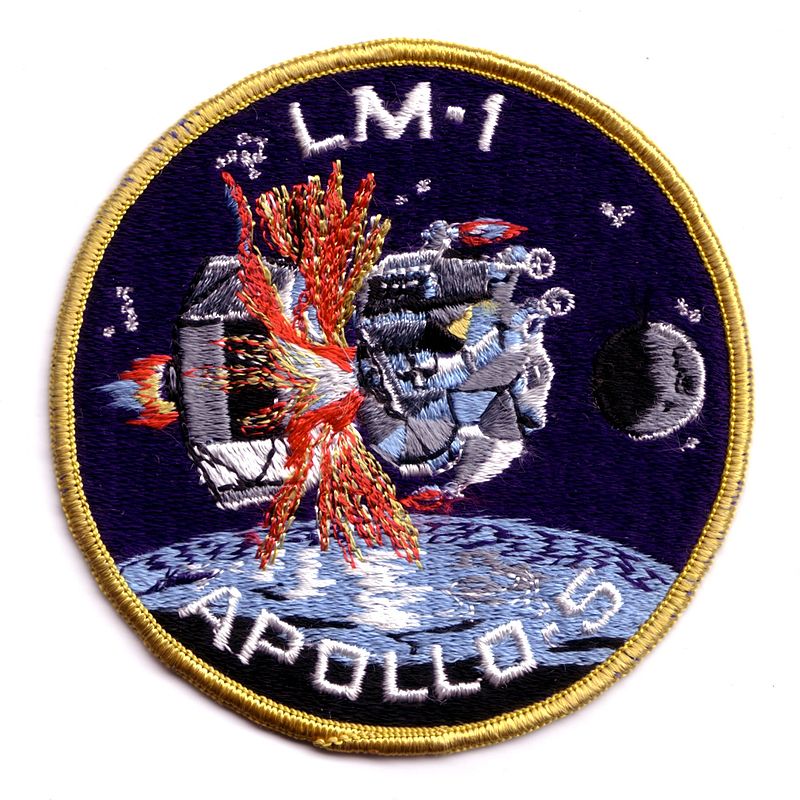 Apollo 5 was the first unmanned flight of the Apollo Lunar Module, which would later carry astronauts to the lunar surface.
It lifted off on January 22, 1968.

As with Apollo 4, this flight experienced long delays. The primary cause of this was the Lunar Module, which was well behind schedule. Some of the delay could be attributed to lack of experience scheduling to build a manned spacecraft to land on the Moon.
On January 22, 1968, eight months after the planned launch date, Apollo 5 lifted off just before sunset. The Saturn IB worked perfectly, inserting the second stage and LM into a 163 x 222 km orbit. The Lunar Module separated 45 minutes later, and after two orbits started a planned 39 second burn of its descent engine. This was curtailed after four seconds by the onboard guidance computer, which detected that the engine’s thrust was not building up rapidly enough. This was due to a software bug; the propellant tanks were only partially pressurized, and it took longer than the programmed four seconds to reach full acceleration.